In the world of thermal cameras, there’s one name that constantly pops up whenever you’re looking at buying one – FLIR. They’re pioneers in the area, with years of experience and numerous very successful models in their portfolio. What we’re looking at today is the FLIR Scout TK, which is a great pocket-sized thermal monocular.

Unlike many manufacturers who try to cram as many features as possible in a single monocular, FLIR have taken somewhat of a different approach. The Scout TK has a somewhat minimalistic design, only covering the basics. However, it covers them extremely well.

So, does the Scout TK live up to your expectations for a monocular you could use at night, or should you look elsewhere? Let’s take a look at its specs, how it works, and whether it’s worth your money.

What is the FLIR Scout TK?

The Scout TK isn’t a regular monocular. It’s not a standard night vision monocular either. It has some thermal technology.  It’s somewhere in-between, and comes with a feature set that suits a specific kind of user. Whether you’re hiking, and want to see what’s behind those woods, or you want a good monocular for home security during the night, the Scout TK is a good option. It’s not made for people who seldom go outside – those individuals won’t be able to justify the price. Its target market is hikers, wildlife observers, and campers, primarily.

Starting things off with the outside, the Scout TK somewhat resembles a miniature submarine. It has a black and green color theme, with a rubberized grip surface that allows for excellent grip. The body of the monocular gets thinner as you get closer to the eyepiece. That eyepiece is massive – you can easily block out any outside light from messing with your view. On the top are the buttons, four of them to be more specific. This is also where you have the micro USB port for charging, and its cover. The port is also what you’ll use to transfer images and videos to a computer. The buttons allow you to power the device on or off, set the brightness, as well as capture photo or video, and change the palette. On the front is the lens, covered with a rubberized cap, and it looks a bit unconventional. That’s because the construction and the materials used for the lens are optimized for infrared light, not visible light. To wrap things up in terms of the outside, the Scout TK is IP67 resistant. This means it’s protected from harmful dust, as well as immersion in water up to 1m deep, for up to 30 minutes. We wouldn’t challenge this, but you should be good with it in any kind of weather conditions.

Moving on to the inside, we’ll start things off with some numbers. The field of view is 20 degrees horizontally and 16 degrees vertically. You have a 160 x 120 VOx Microbolometer detector, and you can easily detect a man at a distance of up to 100 yards. Anything more than that, and you might want something that’s a touch more powerful. There’s a choice of a couple of palettes. You have a White/Black Hot, Graded Fire, InstAlert, Rainbow, Iron, Arctic, Lava, etc. All of them are useful in various conditions, and you can pick and choose with a single button.

The Scout TK, aside from being an excellent thermal monocular, comes with a nifty extra feature. You get the ability to capture photos and videos for later review. You can also share live transmissions from the video side giving you the opportunity to share things straight up. The shutter button at the top allows you to do this. Press for an image, long press for a video. You can review photos on the internal LCD display, albeit at a resolution of only 640 x 480 pixels. Videos, unfortunately, can’t be reviewed, except when transferred to another device. The monocular makes use of FLIR’s proprietary Digital Detail Enhancement, which is a fancy way of saying it has a wide dynamic range and captures a lot of detail across that entire range.

How does that thermal imaging sensor work?

With all the specifications and technical talk out of the way, let’s take a look at how the thermal imaging actually works. As we mentioned, you have an infrared camera. That’s a non-contact device which actually detects heat, infrared energy. That energy is converted into an electronic signal, which after processing, returns a thermal image on a monitor.

It also makes temperature calculations, and gives you the image you’re getting with a thermal camera. By using such a sensor, you can actually measure the heat sensed very accurately. Those measurements will let you monitor thermal performance, as well as evaluate the severity of any potential heat-related problems.

Now, the sensor in the FLIR Scout TK may not be as advanced as some others on the market. For example, FLIR’s own Scion PTM has a more advanced processing which gives you a 60 Hz refresh rate. Compared to the Scout TK’s 9 Hz refresh rate, this is almost 7 times smoother. The price is more or less just as much higher, though.

There’s one thing that must be said – the FLIR Scout TK isn’t for everyone. For starters, aside from the multiple palettes and the image/video capture, it doesn’t really have any advanced functionality. Actually, it’s pretty barebones. This makes it hard to compete with some lesser known brands that cram a huge number of options in their products.

On the other hand, you can’t argue with the simplicity of the Scout TK. It looks simple, it’s lightweight, and it’s incredibly easy to use. You also get FLIR’s reputation and quality guarantee, as well as their excellent 2-10 warranty. It covers two years of parts and labor, as well as ten years for the detector. At the end of the day, if you prefer simplicity and a good reputation, you just can’t go wrong with the FLIR Scout TK. 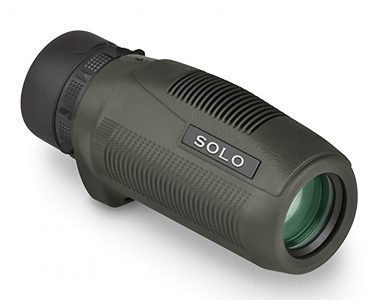 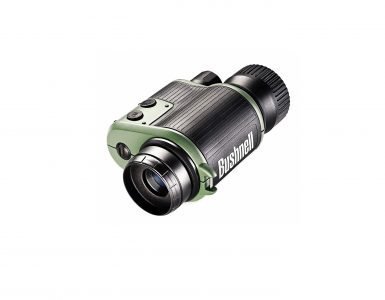 PointOptics is reader supported. We earn an affiliate commission if you buy through our links . Learn More. Even though at one point night vision technology was limited to military uses, nowadays it is fairly popular in...