Nikon has established a name for itself as a behemoth in the manufacture of high-quality and precision optics and imaging products. For the most part, Nikon offers quality products in almost every avenue that they manufacture in. Just having a trusted brand, in itself is a boost of confidence going into a product review, as we are typically more likely to be impressed by the build quality and performance they’re able to achieve in the research and development. In turn, I was excited to take a look at the Nikon Coolshot 20 GII.

The Nikon Coolshot 20 series are the smallest, most compact, and most affordable of Nikon’s rangefinder offering. Despite its small size and very affordable price, the COOLSHOT 20 GII is a reliable unit that offers precise measurements and shot-to-shot convenience on the course. Learning to use the Coolshot 20 or Coolshot 20 GII is easy thanks to the intuitive design.

In fact, the Coolshot and subsequent newer variations thereof, have become one of Nikon’s most popular offerings and is considered by many to be the gold standard for a quality but affordable entry-level rangefinder.

The original Nikon Coolshot 20 was released all the way back in December 2014, and since then we’ve seen Nikon work on a few iterations of the original design. In 2019, Nikon showcased the progression of these rangefinders by releasing the Coolshot 20 GII and Coolshot 20i GII. The newer variations sought to bring with it the advances that the industry has seen in rangefinding capabilities over recent years, while also retaining that affordable price point, compact size, and lightweight.

When held, the Nikon Coolshot 20 GII feels rather similar to its initial predecessor, weighting it at the same weight and with the same general dimensions. One of the only areas that felt different, was the feeling of the angular design on the GII version, which strays from the smooth, rounded corners that we got with the initial Coolshot 20. I can’t say that I found one particularly preferable to the other, and they both seem to fit well in the hand.

During the initial Nikon release of the Coolshot 20, there were two distinct models offered. There was the regular Nikon Coolshot 20, and then for a bit more, they had the option of the Nikon Coolshot 20i. The 20i brought with it slope compensation technology, something that wasn’t offered with the regular Coolshot 20. This is something we’ll touch on in more detail later when looking at the performance of the device.

It wasn’t only the performance that was different between the Nikon Coolshot 20 and the Coolshot 20i however, the two rangefinders came in two distinctly different colors. The 20 was released in a clean white finish, with blue accents, while the 20i came in a sleek black, though with the same blue accents.

When Nikon released the Coolshot 20 GII and 20i GII, this approach changed and the Coolshot 20i GII wasn’t released in the same black coloration that many expected. Instead, Nikon decided to opt for the clean white coloration, with the variation now lying in the color of the accents. The Coolshot 20 GII retains the original white with blue accents, while the 20i GII offers light orange accents in place of the blue.

As touched on briefly above, the size of the Coolshot range hasn’t changed over time, and despite the new iteration’s released, you will still receive the same small scale that you’re used to from the initial Coolshot line. All four devices come in measuring 3.6 x 1.5 x 2.9 inches and their weights have remained mostly unchanged as well. When the first Coolshot models were released the 20 had a weight of 4.4oz while the 20i came in just slightly more heavy at 4.8oz.

The newer Nikon Coolshot 20 GII now sits between those initial weights, weighing in at 4.6oz without the battery. The device uses standard CR2 lithium batteries, which are extremely small and light in themselves. It’s impressive that Nikon was able to bring better performance features to the new Coolshot models while only increasing the weight by 0.2oz. Other models of golf rangefinders in this budget range and performance category are typically over 6oz.

The Nikon Coolshot 20 GII also brings with it IPX4 weatherproofing, ensuring that you won’t need to worry if you’re caught out in the rain.

The most significant change made to the Coolshot 20 GII for its release, was the increase in rangefinding distance from 550 yards to 800 yards. It’s easy for us to see why Nikon felt the need to re-release the Coolshot 20 with these changes, as the lower ranging distance on the initial model was starting to fall behind some of the competitor brands and what they were bringing to the table in terms of ranging distance.

At 800 yards, it still falls short of something like the Nikon Coolshot Pro, which was released a year earlier but offers a whopping 1200 yard ranging distance. In the end though, for the average golf player, there isn’t really a practical purpose to the longer distance. However, it is worth noting that a maximum range to the flag/smaller objects is only around 300 yards, meaning if you’re on a long par 4 or par 5, you won’t be able to range the flag from the tee in most cases.

The Coolshot 20 GII offers a 6x magnification through the multicoated glass, also in line with what we’ve been seeing from the likes of other golf rangefinders in this category. There is also a diopter adjustment function to assist you in achieving clear visuals with your device.

I found the extended eye relief to be a great feature for glasses wearers who otherwise may not have the easiest time getting the visuals they need. Thankfully, good eye relief has been another one of those things that have almost become mandatory within outdoor optics.

In the field, the Coolshot 20 GII performs above its price range, offering fast and accurate rangefinding on flags, bunkers, boundary fences, and more. The 8-second continuous measurement feature can really come in handy when moving between targets like the bunker and the flag.

There is a sacrifice to be made with the Nikon Coolshot 20 GII though. It doesn’t come with a slope adjustment feature. At least not the particular model I tested. Instead, much like with the initial release, the slope compensation is limited to the Coolshot 20i GII in this case. If having that slope compensation is important to you, I do recommend that you look into grabbing the Nikon Coolshot 20i GII instead, as it carries all the same positive points of the model I tested, just with the added slope compensation ability. However, it is always worth keeping in mind that slope functionality is banned from most tournament play.

The Nikon COOLSHOT 20 GII is tough to beat when it comes to budget-friendly rangefinders. It is particularly appealing to those who enjoy smaller, lighter devices. If you’re someone who is looking for a golf rangefinder that is packed with features, you’re going to want to consider something else as the Coolshot 20 GII does a great job at the basics, but lacks the in-depth features that some rangefinders bring to the table.

One also has to bring attention to the five-year warranty that Nikon offers, as this does help provide customers with peace of mind going into their purchase.

Bryn has spent more than a decade of experience in birding and almost two decades in photography. His time outdoors usually revolves around finding rare bird species in his area or photographing landscapes and natural disasters. His experience as a birder has allowed him to understand the importance of good optics in the field. 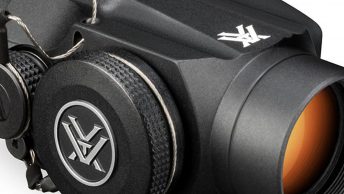 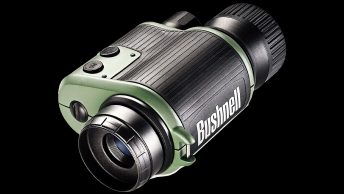 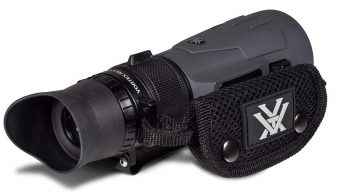